By THBlogNews August 12, 2014
For those of you who want your daily Mateo Musacchio fix the word is we have our price and we are sticking to it, if that tales us all the way to the end of the window so be it. Villarreal want £13 million (€16.34m) for themselves, talk about having your cake and eat it. 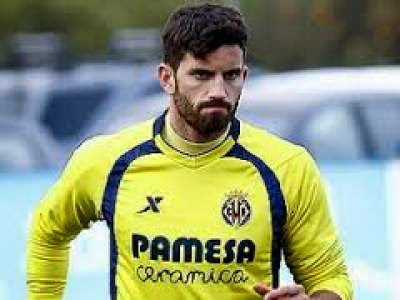 They bought the players cheaply because of third party ownership, 65% owned by former club and his agent, thus Villarreal only had to pay for 35% of the player. When it comes to selling they want more than their 35% share. They are insisting the agents gives up part of his player ownership profits, why should he.

As I revealed last week they have already signed his replacement, who has now been unveiled hence papers now catching up with the story. The locals say he hasn't been offered a contract only that the club were supposedly thinking about it but money isn't the issue for the player, yes he'd like to come to us and double, treble his wages but he sees Spurs as a step up in grade.

Recent Articles:
Pochettino needed time to assess the Spurs squad
Pochettino on squad, targets & overseas player problems
Pochettino's first dilemma
Tottenham sign another partnership
Ginola - it will be an enjoyable season for Spurs
King expects Dier and Davies to be top class
Eriksen and Lamela sum Spurs up
Dier and a Spurs team in 2 years

He is training with the squad but not all the training sessions, he trains with the team in the mornings and does gym work in the afternoons so he is not taking a full part, which again suggests he is not part of their plans. He was pulled out of their 2-0 friendly win against Middlesborough on August 2nd and their 3-0 victory against Swamsea on Saturday August 9th.

They have another friendly on Thursday so it will be all eyes on the squad to see if he is involved or not.

Everyone wants a sale so it is a case of sit tight and wait for Villarreal to give, which they will have to do or be stuck with too many players and a wage bill they can't afford. Nobody else is interested so at the moment we have no competition and are in a strong position.

Popular posts from this blog

By THBlogNews July 03, 2022
Good morning and it's another spiffing day to be a proper positive Spurs fan during this exciting period of our carefully and meticulously planned evolution under Daniel Levy and ENIC. To further your excitement I have the Spurs Summer Transfer Window Day 24 piece for you. I know, you can hardly contain yourself can you. The eternal question, will he get straight into the news or will be keep us waiting again with some brilliant in sight into life at and around Tottenham. I'm undecided on that one folks, as of yet there is no Spurs Chat piece here, but who knows something might occur and I'll come back to fill in the blank, take you off the main transfer route into a local route (railway terms). If you have topics you'd like me to talk about please leave them in the comments. They all go for moderation so I do read them all and post all the sensible ones, leaving out the odd abusive one from some Levy hating doss-house in Scotland. In the meantime I said I read all
Post a Comment
Read More >>

By THBlogNews July 17, 2022
A very nice gesture and the sign of the caring culture there now is at Tottenham Hotspur. What a wonderful way to start the day, chatting to Spurs fans via the Spurs Summer Transfer Window Day 38 article. It is a beautiful Sunday morning with the sun shining and temperatures expected to be high. The Open The two THBN backed players at 46/1 (Johnson) and 126/1 ( Bezuidenhout) e/w paying out on 8 places. Dustin Johnson (USA) - 7th -10 (6 shots off the lead, in the e/w places) Christiaan Bezuidenhout (South Africa) - Tied 35th -4 (5 shots off an e/w place) É ric Lamela Tottenham Hotspur played Sevilla yesterday and É ric Lamela was understandable a part of the pre-game press conference where he was asked about playing against Spurs, his former club. "After so many years at Spurs it's going to be special for me to see my former teammates.  I have a lot of friends there so it will be special. "I've been speaking with Son and hope I can see him and give him a hug tomorro
2 comments
Read More >>

By THBlogNews July 04, 2022
In Spurs Summer Transfer Window Day 25 we have a healthy Spurs Chat section about our club and it's brilliantly bright future thanks t the way it has been developed by Daniel Levy. You could argue that he is the best signing Spurs have ever made. Anyway this is the Tottenham Hotspur Blog News (THBN) take on Tottenham Hotspur Football Club. Alasdair Gold says he has heard (not from anyone at Spurs or with business knowledge he hasn't) that it’s ENIC's “peak time to sell the club.”  That is complete garbage, more likely that he has invented it. You do not sell something you have just pumped £150m into! Do you change the engine in your car right before you sell it? There is zero chance ENIC sell for a few years yet, they would certainly want to see the club winning trophies first for a start and an increase in commercial sponsorship. There is simply too much money coming into the Premier League to sell, hence the interest in Chelsea. What Alasdair is mistaking is that we are n
5 comments
Read More >>